The boat trip to the Faraglioni of Scopello, a wonder of nature 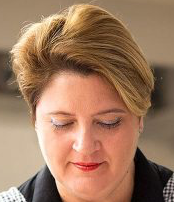 You have certainly already heard a lot about the Zingaro Reserve: it is the first Natural Reserve in Sicily, 7 km of pristine coast where fauna and flora live peacefully.

It is a place that we Sanvitesi love, because a long time ago many families worked here, not far from San Vito Lo Capo and because it is probably one of the most beautiful natural oases in the world.

It can also be explored on foot

Families - but not only them - appreciate more the coastal stretch where there are many coves that allow them to spend a wonderful day in contact with colorful fish.

Not only hiking but also trips by sea

Yes, because the Riserva dello Zingaro is easily accessible by boat from the port of San Vito Lo Capo.

The navigation time from the tourist port of San Vito Lo Capo to the north entrance of the reserve is approximately 45 minutes.

At the small port you can rent a dinghy and live a wonderful experience, following your rhythms and times.

Stopping when you want and in front of the scenario you prefer.

Or you can go on an excursion with skipper that we always recommend to our guests during their holidays.

From San Vito Lo Capo, the first beach of the Zingaro Reserve is Cala Tonnarella dell’Uzzo.

Being small and the closest to the entrance to the Reserve, it is chosen by many people.

Here is a good reason to choose the boat trip...

In a few minutes, by boat you can move, for example, to Cala del Uzzo, to make beautiful swims!

The boat trip allows you to discover the whole coast.

Along the seven kilometers of coast there are seven bays but some of them can only be reached from the sea.

"Last but not least" the view of the Faraglioni and the Tonnara di Scopello, which is located in the small and homonymous seaside village to which some scholars of Odyssey match the island of the Feaci, the place where Nausica, daughter of Alcinoo king of the Feaci, welcomed Ulysses and brought him to his father to supply him with a ship that would bring him back to his homeland.

The Tonnara di Scopello is one of the most important and ancient of all Sicily since it was built during the fifteenth century, when you get here you will be breathless.

Here the Faraglioni emerge from the water of the splendid Sicilian sea, creating a dream landscape.

In addition to other scenes shot around Italy, there are several at the Tonnara di Scopello, starring Brad Pitt and Catherine Zeta-Jones, but also other famous actors such as George Clooney, Matt Damon, Vincent Cassel, Peter Fonda, Albert Finney and Robbie Coltrane...

There have been some of the greatest international actors.
Why not you?

On the way back to San Vito Lo Capo, the mountains on the sea are a truly unique sight that will leave you curious to discover the Zingaro Reserve on foot.

Leave the sofa and all the comforts of your home for a swim among hundreds of fish, a small aperitif with typical products and a thousand photos to send to friends and relatives!

Book now your well-deserved holiday by the sea.

Trekking and snorkeling at the Lago di Venere How can I help you?
Support